Sarah Aylward
08:10 04 Oct 21
I am so delighted with my new smile, thank you! Dr Dodd knew exactly what was needed and his recommendations were spot on. He is both highly skilled and a perfectionist. He has a relaxed and friendly approach but is also highly professional. At my initial consultation he took time to discuss my concerns, expectations and treatment options. After my treatment he took time to make sure that I was really happy with the results before I left. Ringway dental has stylish surrounds and fantastic reception staff who are the perfect combination of being friendly, knowledgeable and efficient. The perfect choice for cosmetic dentistry!

S Yousaf
19:22 26 Sep 21
I had my first appointment here since the new ownership, the staff were friendly and I had my issue sorted out swiftly and very efficiently. I was very pleased with the level of service, options of cosmetic treatment available and polite staff. I would definitely recommend. The surgery has also been updated and looks alot more modern.

Kirsty Lee
10:12 19 Sep 21
After phoning a few dental clinics in the area and having such poor customer service it was a breath of fresh air when I contacted Ringway Dental. Nikita on reception was so helpful and explained all the options from the outset. I know I need lots of work doing as I have a few broken teeth which happened during lockdown.I was booked in for an emergency appointment immediately and they even managed to accommodate me the same day. I saw Susie who was so nice and she put me at ease straight away.I look forward to returning and completing the remainder of my treatment at the practice and would highly recommend to nervous patients as everyone is so nice and friendly.

Julie Papadopoulos
18:55 18 Sep 21
I was really shocked when I heard that my old dentist was leaving as I had been with her for a very long time. I even considered moving dentists but I thought that the new dentist taking over was worth a try. I have to explain that I am a perfectionist and have very high standards when it comes to my teeth but so far Dr Stephen Dodd and the team at Ringway Dental have blown me away with there knowledge and expertise. I also love all the changes that have been made which gives a modern feel and a pleasure to see.

Emma Fletcher
20:39 15 Sep 21
Dr Stephen Dodd is by far the best in the industry..fact! His knowledge and expertise makes you feel confident and happy that you’ll achieve the results you want. I always feel very welcomed when I visit and comfortable and confident that I’m getting what I’m paying for.You are all a happy and smiley team of professionals which are easy to talk to and we always have a laugh. Never change! You are doing an amazing job!Thanks Emma

Jordan Macdonald
12:43 24 Aug 21
Instantly on the same page with the issues that I wanted to address, explaining all the options and finding the right solution for me. All the staff at the practice were super friendly and helpful. Really happy with the progress and extremely professional throughout.

Caroline Hitchen
22:00 22 Aug 21
I had a really informative first trip to the hygienist at Ringway Dental, following my first appointment with Stephen. I definitely needed some guidance and they were brilliant in letting me know what to do to make a difference almost immediately. They shared with me what percentages of damage was there and then advised I had another appointment a few weeks later, once I'd had a chance to start taking the right course of action. On my second appointment it showed that it was definitely going in the right direction, which has encouraged me to carry on. The fact that they showed me the results and encouraged me to take action myself was great.

Jessica Molyneux
19:23 19 Aug 21
Cannot recommend Stephen and the team at Ringway Dental enough! To being greeted at the door with such a friendly face, to hygienist checks, to my appointments with Stephen & the dental nurses, to reception staff - everything is outstanding and nothing is ever too much trouble! Stephen has really taken his time to help me create my dream smile & I could not be happier! Can’t thank you all enough!

Connor Fitzgerald
11:00 24 Jul 21
I couldn’t recommend Ringway Dental enough. All of the staff have been very accommodating and of course the dental work I have had done was perfect. Steve is a genuine artist and he has made my teeth look incredible. The procedure for my composite bonding was very simple; done over a couple of weeks to accommodate the whitening procedure I did from home. Thanks again to all the staff!

E S
07:52 16 Jul 21
Great set up and after initially being very nervous about meeting a new team I can honestly say I had nothing to worry about. The whole setup is clean and inviting and every single member of the staff were polite friendly and professional. For me while I can't say visiting the dentist is something I look forward to they have left me feeling that I am in good hands and I am getting looked after in a caring sympathetic and professional environment. I would have absolutely no doubt in recommending Ringway Dental to anybody. 5 Stars and fully deserved

Natalie Louise
18:14 07 Jul 21
I visited Stephen for the second time, this time going to visit his new practice, which was absolutely stunning. There isn't anyone else I would trust with my facial aesthetics and this time the effects have been the best yet. The staff were all amazing and made me feel so welcome. I couldn't recommend it more.

Jill Macdonald
09:37 05 Jul 21
What can I say from the minute I meet Dr Dodd and his team it was all systems go to give me the smile of my dreams.Thank you so much to Steven, Jade and all the dental nurses involved in my treatment. The process was seamless and so exciting every step of the way.Having seen my beautiful new smile my family are now on the waiting list for a consultation!

lucy potter
08:46 02 Jul 21
Stephen and the team at Ringway dental have been fab! They have been great throughout my whole experience over the last 12 months with the initial change of my teeth and the braces. Special shout out to Jade too as she’s always a smiling, a friendly face and a credit to Stephen's team. I look forward to continuing my journey with Stephen and team in the coming months/years after my baby. I’m that step closer to the teeth I want thanks to these guys and I couldn’t recommend them more if I tried!
See All Reviews Write a review 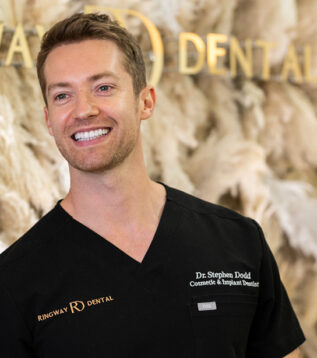 Fired by a belief that a trip to the dentist should be an experience – rather than a chore – Dr Dodd started in private practice in 2008. Graduating from the University of Manchester in 2007, he has a Masters in Restorative Cosmetic Dentistry and a Diploma in Implantology both from the University of Central Lancashire (UCLan).

Multi-award winning – having been named the North West’s Best Young Dentist twice – Dr Dodd has ambitious plans for Ringway Dental. Already with an excellent reputation himself, he is on target for making it the ‘go-to’ practice for patients looking for quality and experienced general, cosmetic and implant treatments.

Dr Dodd is precise and has an eye for detail – so much so, he likens working with teeth as an artform in itself. So it’s little wonder that in his spare time, he enjoys collecting pieces of art – you may notice some of his pieces are hanging proudly in the practice! Although none of them are loved more than his two young children – Annabel and Harry are his true prized possessions.

Outside the practice, Dr Dodd loves nothing more than swapping his dental scrubs for running, gym or tennis shoes! Having previously played both tennis and hockey to international level, sport is in his blood, so you’re likely to find him up a mountain, on a tennis court or lifting weights. Just ask his wife Laura who runs the fastest! 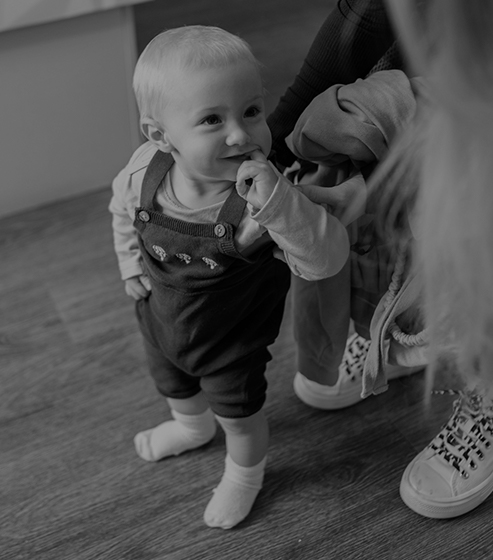 A comprehensive range of dental treatments under one roof 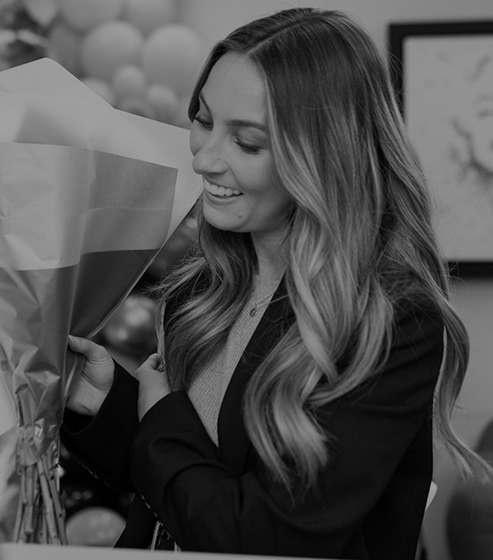 Creating an easily enhanced version of you 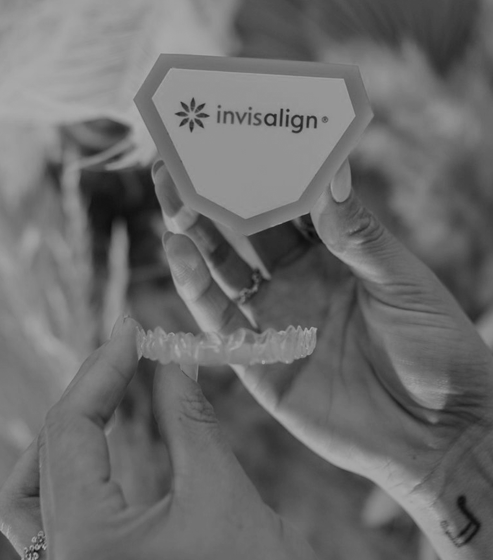 Trust us to transform your smile 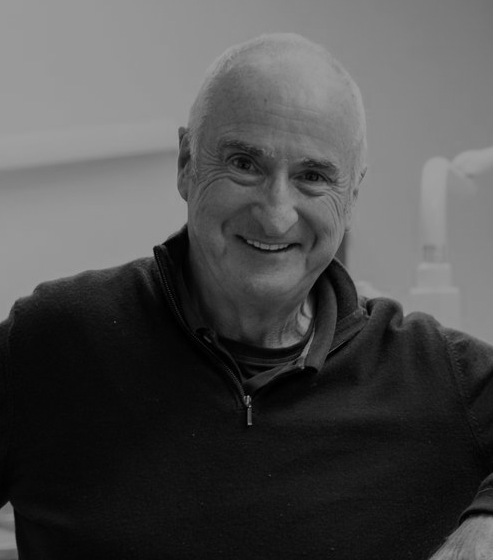 Chew with efficiency and smile with confidence 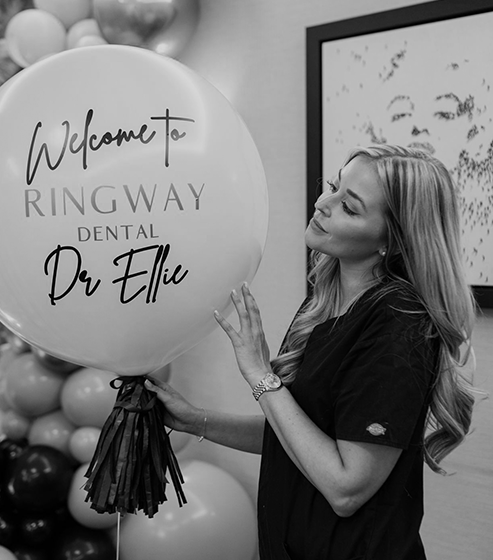 Tailored aesthetic anti-ageing procedures for everyone 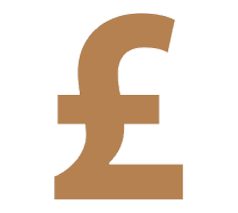 Up to 3 years interest free finance